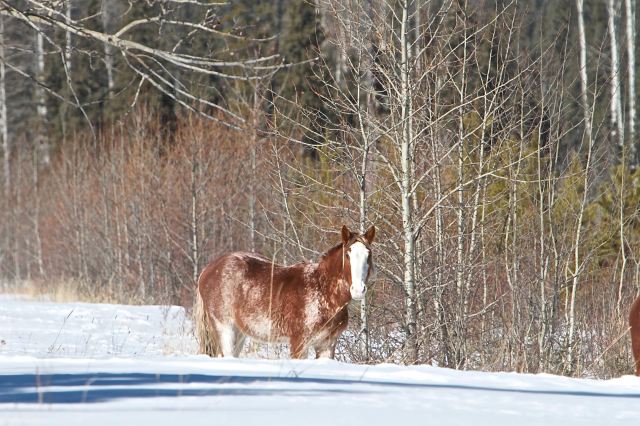 Sunday evening, February 25th, a call came into us from a concerned citizen that a foal had been spotted near Nordegg and it had blood on its body. They also told us that the foal was all by itself and its herd was no where to be found. The good part at that time was the foal was on its feet and eating. With little daylight left on Sunday we had to wait until Monday morning to respond.

Bright and early on Monday morning with our truck loaded with some hay, halters and other rope, we were on our way. From our place it was over 200 kms to where the foal had been sighted. 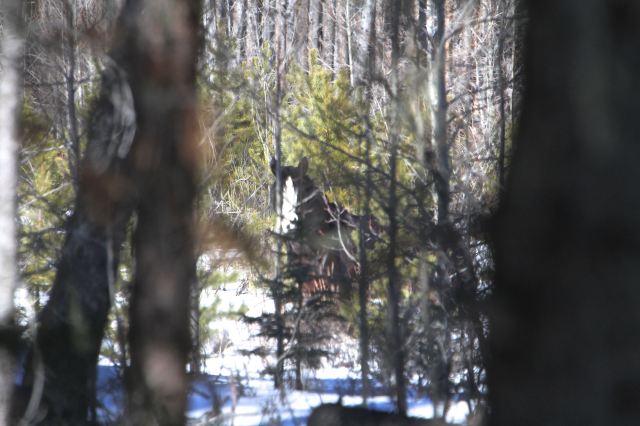 Arriving in the general area we began to drive slowly down the highway looking for horse signs. As we came upon an area where there was a lot of pawing and horse poop, we saw this horse peeking through the forest. Brakes on, park the truck, on with snowboots and off we go to look for more horses. 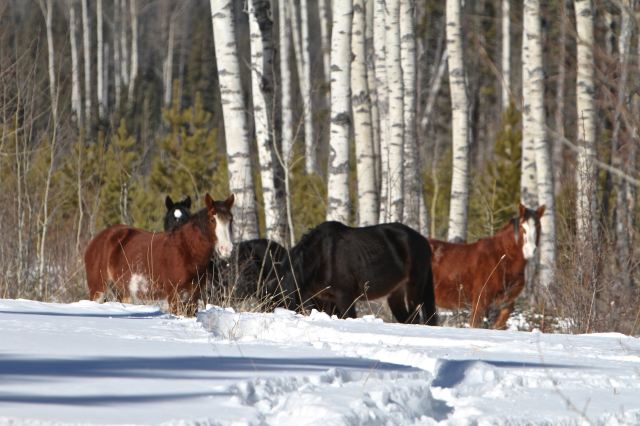 We came into a small opening where we found this herd of Nordegg wild horses. The little filly was standing off to the side and not really wanting to move. 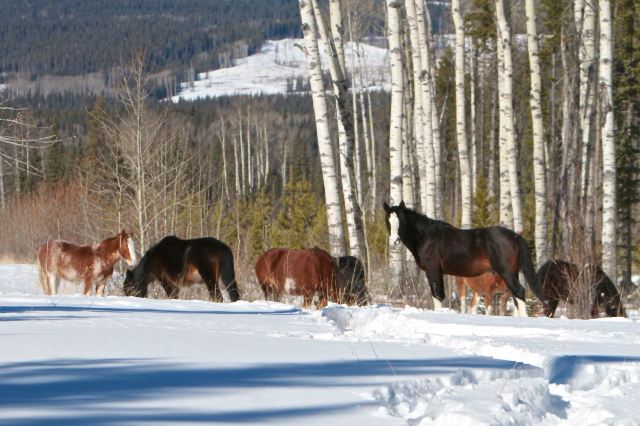 As we approached the herd moved closer to her and she was able to move on her own to join up. 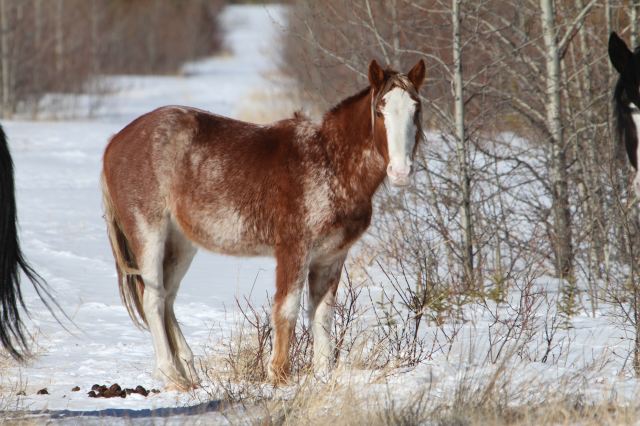 We were able to get close enough to see that she had a little bit of blood still on her and some small injuries on her right back leg.  She was also favouring her left rear leg. Otherwise she looked okay and not in any distress. We made the decision that it would be best to leave her with her family and not intervene at all. 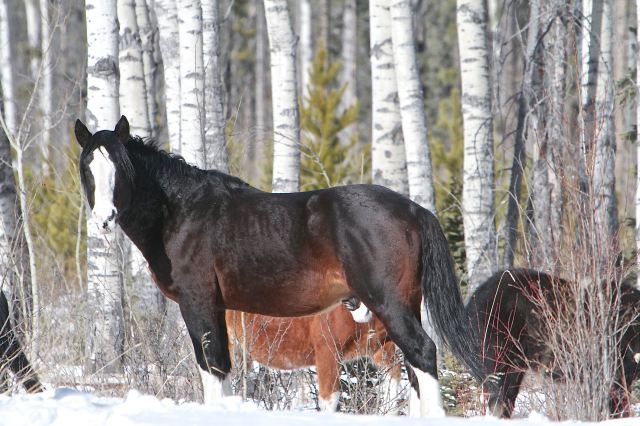 This is the magnificent herd stallion who came to put himself between his herd and these strangers. These Nordegg wild horses are larger than the ones found west of Sundre with many of them having the distinctive bald face and white socks. Still so beautiful. 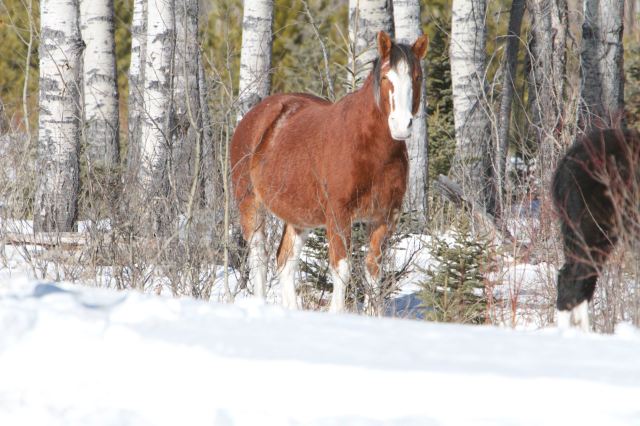 This mare is pregnant and will more than likely pass those unique physical characteristics onto her offspring. These horses live a very precarious life inhabiting the clearcuts along busy highway 11. 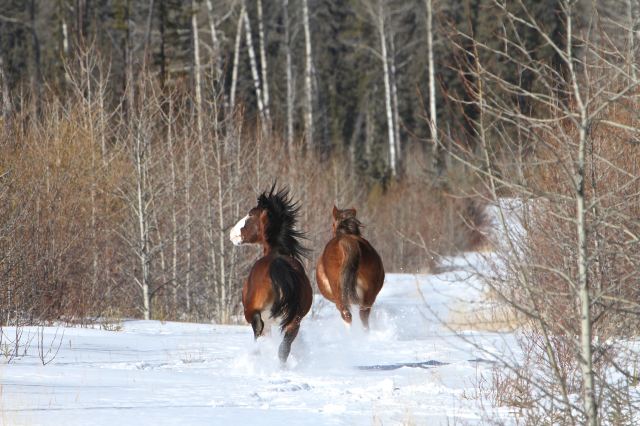 As we stood in the deep snow snapping pictures, these two young studs came out of nowhere and took off down the cutline. The caused the foal and her herd to also quickly abandon the scene. 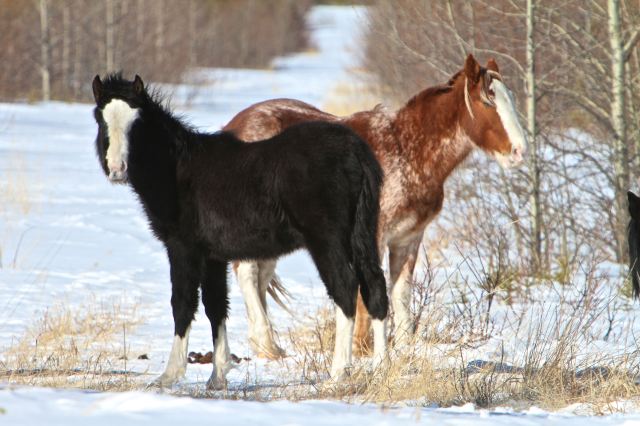 Before being interrupted, the other young foal from the herd came out to buddy up with his herd mate. We are glad that this story had a happy ending and hope that these two grow up strong and healthy. We will be checking back on them.

One thought on “Emergency Call”